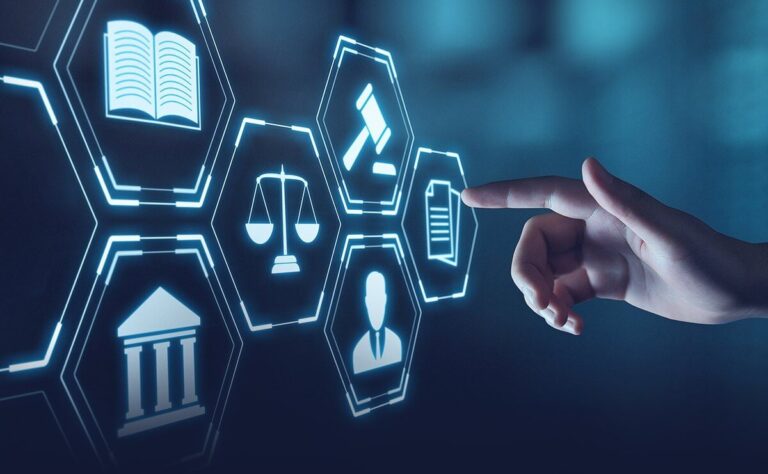 Legal technology raises so many questions. After all, the law is a traditional thing. The old ways are strong when it comes to legal issues, laws, and legislation. But, as technology advances it has found its way to penetrate even the old school branches of society such as law. Only a few years ago it wasn’t easy to imagine that law and order were going to start depending on the development of various hardware and software solutions. It still doesn’t, but we’re moving towards that. It’s an uphill battle and everyone needs to acknowledge that.

Legal tech is slowly rising, but the rise is as we said slowed down by the traditionalist of the law itself. The big companies still haven’t paid enough attention to it. So far, legal technology relies on startups that are completely new in the IT field. Combining law and technology wasn’t even needed a few years ago, or at least that’s what the old heads running the legal matters thought. But, it’s not like that, is it now? Technology is improving all spheres of our lives, and the law should be no different. The one issue that remains is of course the question of why legal tech takes so much time to invent?

This is what we are going to approach in this article. As of now, it does take its sweet time to develop anything in this field. And it is not due to a lack of trying. No, in fact, the startups are being created here and there focused on this matter. Yet, it is not happening fast enough. Why is the real question here? So, we weren’t lazy, and we tried to provide a few answers for all of you who want to know a few things about legal tech. Let’s see what we found out.

There Are Not Enough Startups

Law is a difficult matter. It is provided by the state and carried out by the state. Yes, there are state laws, federal laws, and many more local legislations in between. There are plenty of laws, right? Yes, there are. What we lack are startups that would create more and more tech solutions for various legal matters. Because of the government’s involvement, many things in this domain are still in their hands. For you to be able to create a piece of legal tech you need government approval and various licenses and certificates to make everything work. Of course, there’s also the matter of the law itself. Anything you create needs to have complied with federal and state laws.

This is not an easy thing to achieve. So, to create a piece of legal tech you also need to have a legal team involved to ensure that everything abides by the law. You understand how much effort this requires, right? Plenty of it. That’s why we need to be grateful for every legal tech product we receive, and hats down to immediation.com and similar dreamers who make things in this department possible. We can only hope that in the future, most of the legal issues we encounter on a daily level could be handled by the simple use of technology. Many other sectors rely fully on it, and the law should be no different regardless of what the traditionalists have to say.

Here we come to another issue. This is a big one too. In recent years technology found its way to breaching the legal sector. But, it’s not enough. No, it needs to do better. It needs to be more applicable and present in every legal case, in every legal battle. This is a hard thing to achieve. Its role is not clear enough as of now. It’s like playing a player out of his position. It can’t flourish. Just take a look at Thierry Henry’s spell at Juventus and later at Arsenal. Legal tech needs to make this type of transition.

The role it has now is evident but at lower levels of the legal pyramid. Most attorney offices and clerical posts operate thanks to the technology, but it is the lowest level of the appliance. It’s like playing college ball. What we want from legal tech is to reach the NBA stardom, and it needs to happen immediately. Legal firms and their clients benefit greatly from it. But once you need to make the same connection with the courts, it falls short of expectations. The state holds its own, and many things are still handled via standard means of paper and seal.

Technology offers its best when it’s used properly. Most people do it this way, and thanks to the jump the tech made in recent years in most domains it is now available and understandable to all age groups. The time is right now for it to make the leap into the legal sector, and cover it in its entirety. But, the battle is only starting.

As we said, it’s not only a matter of government issues and laws. It’s tradition above all else. The biggest law companies are led by traditionalists. They know the system; it’s established, and it works for the most part. At least that’s what they’re convinced. They’re also convinced that there’s no need for them to buy it at all, and that’s what makes it so hard to create new legal tech. The existing one is not selling too well as of now. The lawyers are not interested enough in it. As we said, it is all a matter of tradition. They’re satisfied with how things stand. That’s hard to change. Are you satisfied with your work, your house, your wife, and your life in general? Is any change needed? Probably not. Most people don’t want to move from good to excellent. It’s a matter of mentality. Not all people are willing to accept imminent change even if it’ll benefit them, in the long run, there are no innovators when it comes to the law. You could even say they’re surprised why someone who is into technology wants to transform their domain. The mindset of old isn’t going to be changed with ease. It’s an uphill battle, but one worth leading; one worth winning.