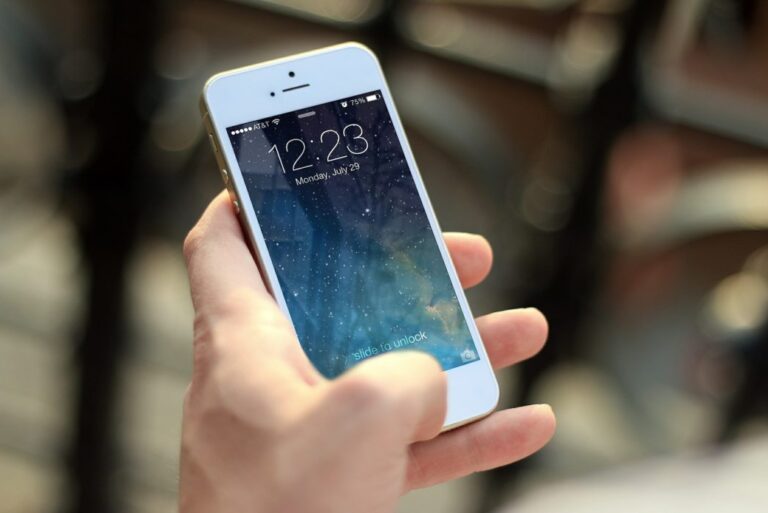 You can hear an iPhone user from a mile away. The default iPhone ringtone is so earsplitting, that it seems like it could wake a person from a coma.

All jokes aside, we can’t be the only ones annoyed by this particular sound. It’s everywhere, and it doesn’t seem like it will go away any time soon.

But what makes it so annoying?

Is it the sharpness? Loudness? The fact that you hear it every time you leave your house? Or is it perhaps all of the above?

Join us as we examine this topic in some more detail.

iPhones are not cheap. People like showing off. The default ringtone is recognizable.

Put these things together, and you’ll be hearing the iPhone ringtone seemingly everywhere you go. People don’t want to change their ringtone, because they like telling others around them that they own an expensive phone.

For others, who don’t care about such things, this can be incredibly annoying, perhaps even causing them to feel some second-hand embarrassment.

Owning a phone, no matter how expensive the brand, is a very silly thing to be proud of nowadays.

It’s been around forever

The default iPhone ringtone is almost as old as iPhone. We’ve had almost a decade of hearing it so far. It’s no wonder people find it to be a bit annoying nowadays. It simply got old.

Of course, it’s even worse if you’re a faithful iPhone user who has to hear it every time someone calls you. Listening to the same sound so often is simply not fun nor entertaining. The human ear needs some variety!

Now, of course, some people are so used to the ringtone that they don’t find it annoying at all. If this is you, that’s perfectly fine. Not everyone wants to change something they’re so used to.

Still, there’s nothing wrong with being annoyed by it either. The same thing happened with its predecessor. You know what we’re talking about! The infamous Nokia sound. While it may feel a bit nostalgic now, there was probably a point in time when you were annoyed by hearing it.

You hear it everywhere you go

According to Statista’s data, there were around 728 million iPhones in use worldwide. Today, that number is probably much higher.

So, if you feel like you’re hearing that ringtone everywhere you go, you’re not crazy. Even the older, cheaper models produce the same tune.

Hearing the same sound everywhere around you can get quite annoying pretty fast. It probably makes you wish the good old „custom ringtone“ trend was brought back. Everyone’s phone rang as their favorite song, or in some cases, „Crazy Frog“. When did we stop being creative?

Nevertheless, if you’re an iPhone user looking to change your ringtone, you can find some good samples to inspire you on websites such as ZoneRingtones.com.

Some people simply hate how the ringtone sounds. In fact, Vice covered a story about a Ukrainian musician trying to get Apple to change their default ringtone a few years ago. While his efforts were (mostly) futile in the end, we understand where he was coming from.

If you’re one of the people who always disliked the sound, there’s nothing wrong with keeping your iPhone on silent, or better yet, changing the ringtone to something else! There are other options provided by Apple, so check them out! You don’t have to deal with a ringtone you hate, especially if your phone is constantly ringing. Start switching things up, and who knows? You might even start missing the default later on!

Either way, if you hate the way iPhone’s ringtone sounds, you’re not alone. It’s sharp, piercing, and kinda monotonous after a while. There’s nothing wrong in wanting to change it.

Apple makes it difficult to change the ringtone

We’ve mentioned Apple’s alternative ringtones before. What if you find them to be annoying too?

Well, you’re up for an unpleasant surprise. Thanks to Apple’s „security“ policies, changing your ringtone to a custom sound you like can be quite a daunting task.

Contrary to popular belief, though, it’s not an impossible feat. You can find many detailed guides online if you’re interested. We suggest visiting Youtube for a visual tutorial, especially if you’re not very tech-savvy.

Overall, one of the reasons why you have to hear the default ringing sound over and over again every time you’re around an iPhone user is because changing it is so unnecessarily complicated. Rarely does anyone have the time and energy to deal with all of that.

Again, if you’re an iPhone user who can’t stand the sound of the default ringtone, there are two options ahead: you can either choose an alternative sound provided by Apple, or you can work your way around setting a custom ringtone instead. Whatever you do, it will relieve you from hearing the dreaded ringtone for a while.

The tune is jarring and harsh

Personal feelings aside, the iPhone’s default ringtone is objectively not the most pleasant sound in the world. Especially when it occurs so suddenly and frequently. Most of us simply don’t want to get used to it, as we don’t like hearing it.

The only solution to this issue is to change the ringtone and ignore the sound if you hear it from someone else’s phone. Yes, it’s annoying, but it’s also a part of Apple’s brand. It’s not going to change, so we might as well try to ignore the sheer repulsiveness of it and move on with our day.

Now, just a disclaimer, when we say it’s not going to change, we’re talking about older iPhones. The new iPhone X has its own exclusive ringtone called Reflection, and it’s anything but reflective. In fact, it may be even more annoying than the old default sound. Go judge for yourself.

The iPhone’s default ringtone can be incredibly annoying, especially if you hear it on the daily basis. Here we’ve numbered a couple of reasons why that may be so.

Nevertheless, the key takeaway is to simply change the ringtone if you hate it too much. Not liking how it sounds is perfectly fine. Many people are annoyed by it – the only solution they have is to change it to something else entirely.